We will send a download link to your email address

Thank you! We will compile a site speed report and send it to your email soon.

Oops! Something went wrong while submitting the form 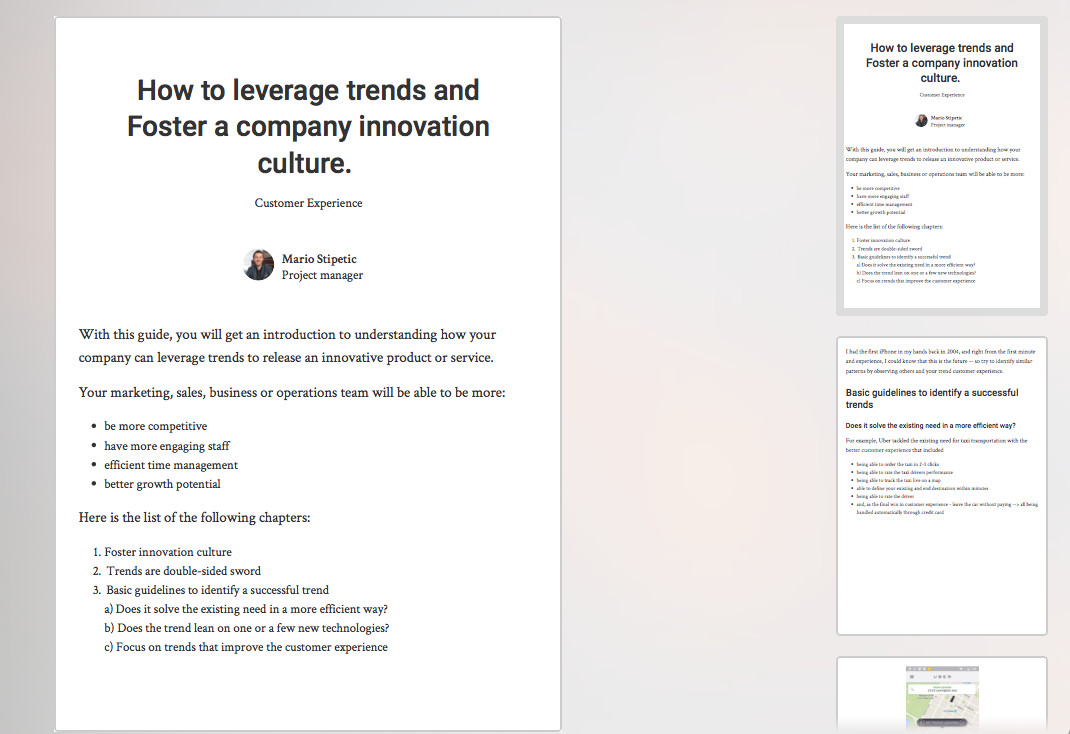 How to leverage trends and innovate guide

2021 trends guide for retail brands: How to adapt to the new normal

The story about Domino's pizza is a fascinating story about a man called Tom Monaghan, who went from being an orphan to managing a multi-billion dollar company. During his entrepreneur career, he set many innovative customer experience examples that changed people's habits all over the world.

Tom Monaghan was born in 1937 in Ann Arbor, Michigan, USA.

Tom’s father died when he was four years old and his mother had no option but to send him and his brother James to a series of foster homes and eventually in an orphanage.

Tom’s mother occasionally brought him and his brother James home before she decided to send Tom to a juvenile delinquent home.

Eventually, after hearing Tom’s difficult situation, his aunt got him out of a juvenile delinquent home.

Tom managed to graduate and enrol in a college. He dropped college twice, spent three years in the Marines and worked as a newspaper supervisor.

Tom also sold newspaper subscriptions and significantly improved sales by delivering newspapers. This concept was the root of his idea to deliver pizzas.

In 1960 Tom's brother James suggested to Tom to buy a restaurant together called DomiNick's Pizza and Tom agreed. James soon left the business and Tom was left on his own.

Tom was constantly losing money and was barely able to maintain business. He also couldn't pay the rent and became homeless, being forced to sleep in his restaurant.

The decision to deliver pizzas for free changed everything because at that time no other pizza restaurant was doing that continuously. Another simultaneous decision with a huge impact was to offer a menu with fewer items.

Later followed other innovations and business decisions that secured Domino's place at the top of the pizza business in the USA.

In this article, we will present 6 innovative ideas to improve the customer experience with Dominos pizza as an example.

All six innovations can serve as some of the world's best retail experience examples.

It was a radical idea to deliver pizza at that time. Dominos managed to succeed with pizza delivery because Tom had “in the field” experience with newspaper delivery and did not have a company-customer gap.

Tom understood how customers react to the delivery, opportunities and customers pain points.

Domino’s was the first major pizza place to use delivery as a means to ease the pain of a customer. Delivery success opened up a whole new untapped market.

Other companies didn't think that delivery would be profitable in the long run. They used it only as a temporary solution to gain more customers.

This example shows that if your company adapts to the bottom-up culture, where the staff is encouraged to actively propose practical improvements, innovations and projects to management and C-level executives.

Customer journey mapping is a powerful tool that will give your innovation a direction, safe grounds based on customers, not on guesses.

After a series of initial setbacks, pizza was selling well in Domino's restaurants, but they still had a problem maintaining a balance of heat and moisture while delivering pizzas. Domino's had to find a way to make suitable isolation for pizzas in order to grow business.

Tin and copper containers existed for this purpose since the 19th century. Simple cardboard boxes for cakes without ventilation were also used, but they would get wet and break easily. Other solutions like plates and paper bags also proved to be impractical because only one pizza could be delivered that way without messing up other pizzas.

Tom Monaghan demanded from the manufacturers to make corrugated cardboard boxes with punched holes. At first, they were reluctant to make it as they thought punching holes would be too difficult, but Tom kept pushing and it proved to be a great concept since they were very cheap and mass-producible.

This demonstrates how a simple, effective idea can be easily overlooked or rejected and why it is so important to keep pursuing it.

Before the decision to offer a menu with fewer items in the 1960's Domino's had only one restaurant and was continually losing money.

Monaghan's decision to limit the types of pizza they make proved itself to be the best decision they made until that moment. Domino's stopped losing money and Monaghan was soon able to open another two restaurants.

This shows the importance of keeping it simple. Reorganizing a business like this can sound counterintuitive because most people would expect that providing a bigger menu will bring them more customers.

In this business, like in so many others, that was not the case. Narrowing choice is often a better solution because it requires fewer decisions from your customers.

4. Pizza is free if not delivered under 30 minutes

In the 70s, Domino's gained a lot of publicity and revolutionized the pizza business by offering a guarantee that pizzas would be delivered within 30 minutes of placing an order, or they would receive them for free.

Eventually, this was changed to a 3$ discount in the 80s. In the 90s, Domino's had to pay considerable fines for the accidents that their drivers caused, so in 2007 they introduced a slogan „You Got 30 Minutes“, which doesn't explicitly offer 30 minutes guarantee.

Domino’s offer is an example of good customer experience innovation that cannot always be fulfilled due to many factors.

Does this brand promise look familiar? Amazon, today the largest company in the world, also innovated in the customer-centric direction with a one-day delivery promise that actually stuck because of technological advances.

5. Every staff member has the authority to fix customer issues

Every Domino’s worker has the authority to work on customer issues without having to call the manager for instructions. They can send new pizzas, extras, and vouchers.

Domino’s business policy is an advanced customer-friendly strategy, but it seems, according to some workers, it depends on the store owners who conduct their business very differently.

Some store owners allow only side dishes to be sent to unsatisfied customers in order not to lose a lot of money. Customers are also sometimes to blame because they want to take advantage of this.

Putting more responsibility on your staff is a good thing for the staff and the customers. The agile response allows quicker adaptation to new circumstances and enhances customer experience.

Following the success of Domino’s pizza delivery, many other companies in the USA started their pizza delivery service. Some of them used apps. After a while, one-click ordering became the standard in eCommerce. Domino's went one step further and in 2016 introduced Zero-Click Ordering App.

When Domino’s users open the app, the order is automatically placed and they are given a ten second countdown to cancel in the case of opening the app by accident.

Sometimes it is possible to make something that is already simple even simpler.

Domino's did just that and secured itself a customer experience advantage over the competition.

Customer journey mapping is a powerful tool that will give your innovation a direction, safe grounds based on customers, not on guesses.

The story of Domino's is essentially a story about innovation and adapting to the constant changes in the market trends. It is often hard to recognize opportunity and it is even harder to seize it because of the ever-growing competition.

Domino's managed all of that. It also shows how a small company can get to the top in their business through constant innovation and taking customer suggestions and criticism seriously.

Other big successful pizza restaurants mostly relied on the old proven methods, which was fine for them because they were already big and successful.

Domino's, like many other companies, couldn't afford itself this approach. This story can be a guide to other companies who are struggling to survive and prosper in the market, but also to the best companies in their business because there is always something to improve.

What will be the most important 2020 fashion eCommerce trend based on your professional experience?

Thank you! Your submission has been received!
We will notify you by email when we will publish the results.
Oops! Something went wrong while submitting the form.

What will be the most important 2020 fashion eCommerce trend based on your professional experience?

Thank you! Your submission has been received!
We will notify you by email when we will publish the results.
Oops! Something went wrong while submitting the form.

Mario has worked for New York and San Francisco-based startups and large corporate companies such as ZTE. He specialize in product design solutions.

How to leverage trends and innovate guide

We ensure that our designs meet  the high standards  of all three sides: customer, client and aesthetic/functionality.

How to leverage trends and foster a company innovation culture

With this guide, you will get an introduction to understanding how your company can leverage trends to release an innovative product or service.

Discover 17 2021. eCommerce trends that will have an important impact on eCommerce fashion industry.

2021 CX guide for retail brands: How to adapt to the new normal

In this article, we will share some of the actionable things retail brands marketing departments can consider implementing to improve trust and gain loyalty in this post coronavirus (COVID-19) "new normal" world.